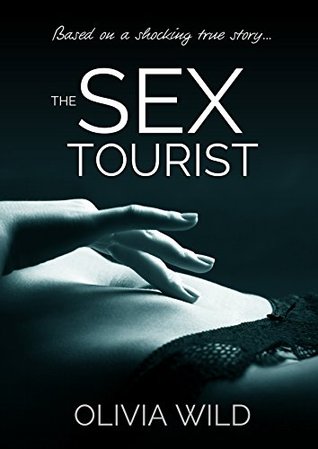 Lilian Biro is an ambitious young Hungarian woman with dreams of a storybook life, and when she meets a kind, handsome British man she hopes she’s on the right path.  Finally.

Lilian meets the man of her dreams when his friends pay for her to perform a lap-dance at the local strip club where she is working.  When she fails to get his name and contact information she moves from stripping to prostitution in order to make money because her mother badly needs an operation.  But the prostitution leads to drugs because she needs to get high in order to do the things she needs to do.  And her boyfriend encourages she keep hooking in order to bring in the money because he needs what she makes to pay for his drug and gambling problem.

Lilian meets an untimely end, and her sister Vivian tries to track down Lilian’s killer, meeting the handsome British man along way.

Let’s start with the title.  I’ve read the entire book and I must have missed something because I don’t understand where “tourist” comes into play. It was certainly the word that got my attention when I requested this book, but I didn’t see the connection to ‘sex tourist’ in the book.  After reading this, I feel that “The Sex Victim” would have been more appropriate.

Now the cover photo, as pictured above…  Clearly this is meant to capitalize on the popularity of Fifty Shades of Grey, with a similar style photo which implies a sensual-ness.  But there is nothing sensual inside these covers.  This book is about as un-sexy and un-sensual as a book with lots of sex can be.  The women in the story are prostitutes.  They do not enjoy what they are doing, but do it because it is how they make money. Their ‘johns’ – or ‘punters’ as they are referred to in the book – are typically not attractive or respectable men.

Now the story …  we are tantalized with the idea that this is “based on a shocking true story” and author Olivia Wild tells us in the Foreword that:

This book is in memory of my beloved sororal twin, Lilian. The last time I saw her alive she talked about her ambition to become a writer one day. That way, she would have escaped her death-trap: prostitution. I inherited both her handwritten diary and, on her laptop, her very first book in the making.

Except…!  The Foreword is by “Vivian Biro” – a character in the book. Ah, rascal Olivia Wild – this is just part of the set-up to make us think we’re reading something that the prostitute wrote.

Except… the book is written from three different points of view, and the first 1/3 or so definitely has a different voice to it.  A different rhythm and meter to the language.  So either Wild is very clever and talented and definitely changed her style, or this first part was written by someone else.

This first part really lets the reader see how someone could ‘fall’ into the world of prostitution and drugs, and how difficult it would be to get out, along with what a despicable world it is.

The second part, told through the eyes of “Vivian Biro” changes the nature of the story completely.  What was a narrative about life as a prostitute now becomes a murder mystery, with Biro on the path to solving her sister’s murder.  The police wouldn’t bother because the woman was just a prostitute.

This section was dull. There was no drive or passion.  We understand that the women were sisters, creating Vivian’s drive to solve the crime, but it’s really not enough and for as much as she kept telling her sister to get out of the life, we never buy in to her stepping in to her sister’s shoes (literally and figuratively) in order to track her killer.

I wrote earlier that we had three points of view in this story.  Out of the blue we suddenly get some narrative written in second person.  I’ll be honest … three times I thumbed backward through the book to read up on it again to see where the second person narrative was coming from.  It took me a long time to realize that we were getting a third point of view from another person.  Note that we are more than 3/4 of the way through the book before we get this new POV – without any hints that it’s coming.  This is ‘Paul’ – the perfect English gentleman – the man of Lilian’s dreams – who agrees to help track Lilian’s killer.

Looking for a good book? The Sex Tourist by Olivia Wild tries to cross-blend genres – erotica and mysteries – but doesn’t do either particularly well.