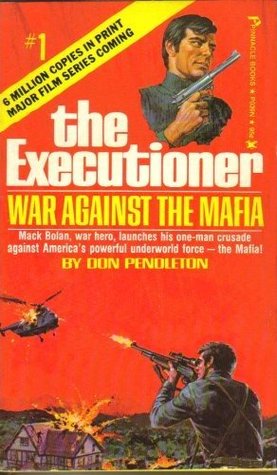 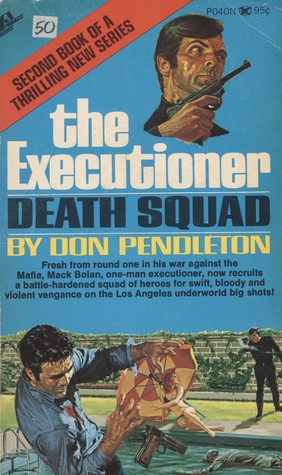 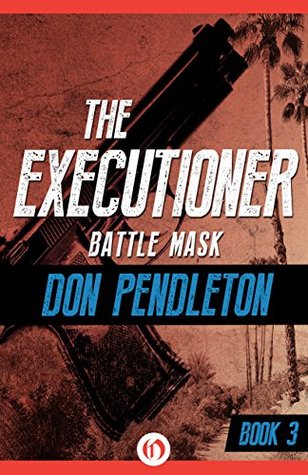 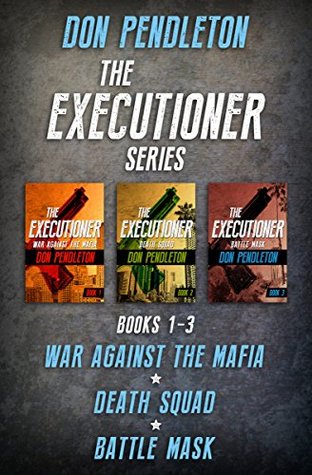 Open Road Media has reissued The Executioner series in digital format and have bundled the first three titles in one digital book.

I’d already purchased books one and two and reviewed them, but for convenience sake, I’ll reprint those two reviews here.

Book One: War Against the Mafia

I continue to be surprised by this series. I had expected that each book in the Executioner series would be a unique story of Mack Bolan taking on the mob.  It is, sort of, but it’s also a much more sequential book, meaning it’s very helpful to have read the first in the series to really pick up on what’s going on.

Mack Bolan is a Vietnam war hero.  He’s one of the best sniper’s in the military.  He is able to detach himself from the human part of his emotions when killing a human target.  But Mack has to return to the United States to bury members of his family who died as a result of actions taken by the mob.  Bolan then goes on a one-man-army crusade to take on the mob.

Well…except that it’s not entirely a one-man army.  In this book Bolan recruits a number of vets, all who have had trouble readjusting to life in the United States in a time when Vietnam vets aren’t particularly welcomed by society.  Bolan, also known as The Executioner, puts together his own “Death Squad” to take on some major mob targets.  Those targets are in the Los Angeles area.  The Los Angeles police, aware of Bolan and his skills, prepares a special unit devoted just to the capture or otherwise stopping of The Executioner, learning, only a little too late, of all the other members of the squad who are now helping Bolan.

What makes The Executioner a little different from the ‘average’ serial killer, is that he works on a very special, moral code meaning that only the ‘bad’ guys get killed and good cops are to be avoided at all costs.

As one might expect from a book about an ‘Executioner’ – there is plenty of violence, but surprisingly very little gore.  In today’s literary world of flesh-dripping zombies and blood-sucking vampires, gore is pretty common.  But this book is about a man with a strong morality on the one hand and a strong drive to right wrongs even if it means stepping over the morality line.  Military training.

Author Don Pendleton does hit the reader over the head with this moral code in order to drive the point home that Bolan is a nice guy, even though he’s killing people.

There is not quite as much non-stop action in this volume because we’re setting up a whole crew of new people (those on Bolan’s side, as well as the cops trying to stop him) in a new location.  But once the action gets rolling it’s fast and furious, as one expects from this sort of pulp action story.

I’m enjoying this series much more than I anticipated and it’s easy to see why it has had such longevity.

Looking for a good book? If you are looking for some thrilling action with a strong central character but want the read to be quick and easy, then Death Squad, by Don Pendleton is just the ticket. But be warned … you’ll probably get hooked on the whole series.

And now finally to the third book in this adventure series…

Picking up right where the previous book left off, Mack Bolan is the only surviving member of the Death Squad.  Most are dead, though some are now behind bars.

Bolan, known mostly as ‘The Execution,’ has declared war on the Mafia after the mob was responsible for the deaths of his family. His skills were honed by the United States military, where he was one of the best snipers the U.S. has had.  He was cool and detached and could carry out a killing flawlessly.  But now he’s put those skills to use on American soil, taking on the mob – something America’s own police force hasn’t been able to do with much success.

In the previous book, Bolan and squad took on the mob in the Los Angeles area. The Los Angeles police have a task force dedicated solely to taking down The Executioner, and the mob has a $100,000 bounty on Bolan’s head. This book begins with some mob connections getting a fix on where Bolan is hiding out.  Despite a careful plan of attack, Bolan manages to fight his way clear, though only just barely.

It clearly isn’t safe for Bolan, what with some friends dead and the others captured, and a price tag on his life.  There’s only one thing The Executioner can do to escape the net closing in on him in Los Angeles… he needs a new face. And with that, he can once again get inside the mob, learning names and locations.

Of the three Executioner books I’ve now read, this one maybe has the least amount of action (though it’s sometimes difficult to think of it that way since it starts out with such a high-powered sequence). And it almost feels like it comes full circle with Bolan infiltrating the mob and becoming one of their best hit-men.

One thing that is becoming more and more obvious with each book is that Bolan relies on the generosity of others much more than I expected. Here, an Army surgeon agrees to give him a new face, and a local sheriff looks the other way as long as Bolan promises to take the fighting elsewhere. But because of this outside help, his status as a ruthless killer who can avoid capture becomes legendary.

This third book didn’t hold my attention quite as well as the others, but I’m still interested in reading more in this series as I find it.  A recent trip to a local used book store had me surprised to find almost an entire shelf filled with Executioner series books, though none in sequence at the beginning, where I am currently reading.

The Executioner series is a thrilling read for those interested in pulse-pounding action sequences and watching the bad guys get decimated by the good guy.

Looking for a good book? Battle Mask, by Don Pendleton is the third book in the Executioner series and falls just a little short on the action as seen in the first two books, but still delivers on the quick-moving story.

Looking for a good book? The Executioner Series, Books 1-3, by Don Pendleton, is a great way to get indoctrinated into this classic, thrilling series of a vigilante taking on the mafia.

The Executioner Series, Books 1-3: War Against the Mafia, Death Squad, and Battle Mask