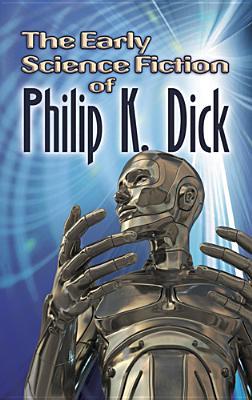 If you don’t already know who Philip K. Dick is, or you haven’t read any of his phenomenal novels, then you probably shouldn’t bother with this book.  While this collection of short stories and novellas may represent Dick at the beginning of his writing career, these aren’t the works that have set him up as one of THE authors to read in the sci-fi, speculative fiction genres. Not entirely, at least, but they are still strong stories that show the early stages and progress of this important sci-fi writer.

Some of the included works (specifically “Beyond Lies the Wub,” “Second Variety” and “The Variable Man”) are familiar titles but it’s been a long time since I had read these (I’ve read most of Dick’s work).

All of these stories were written in the early 1950’s and sometimes it’s pretty obvious.  The Cold War paranoia that becomes much more overt in some of Dick’s later works (I love A Scanner Darkly) is evident here at times.  We also Dick being ‘cute’ – something we don’t often see – and clever.

One of the things we discover, as we enjoy these stories, is that writing talent often manifests itself even in the authors earliest writing.  Some of these stories don’t stand the test of time very well, but all of them are still strong works of fiction.  Rochelle Kronzek’s introduction to the book is a nice abridged history of Dick and these particular works.

Introduction by Rochelle Kronzek
“Beyond Lies the Wub”
“The Skull”
“The Gun”
“The Crystal Crypt”
“Second Variety”
“The Variable Man”
“The Eyes Have It”
“Mr. Spaceship”
“Piper in the Woods”
“Tony and the Beetles”
“The Defenders”
“Beyond the Door”