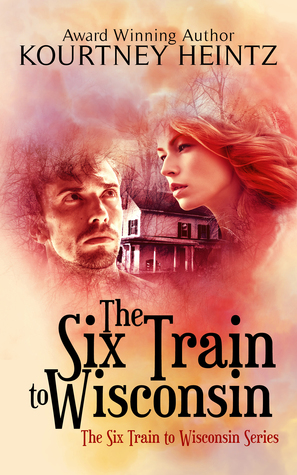 The idea behind this book is really tremendous.  A telepath, Kai, struggles daily because she’s always hearing and feeling everyone around her.  She has an additional ability in that she can transfer those feelings and she does so, to her husband, Oliver. But the telepathy is slowly killing Kai and Oliver decides she needs to get away from the crowded New York and he takes her – against her will – to the small town in Wisconsin where he grew up. But Oliver forgot to check his baggage at the train station – metaphorically speaking – and the quaint, peaceful small, Midwest town isn’t all it’s expected to be. From forgotten loves to kidnappings, Kai and Oliver have a lot to have to deal with.

I was really taken in by this book, first by the idea of it, as found on Goodreads or Amazon, and then by the opening chapter.  In fact, I read the first paragraph to a friend of mine as I was telling him that I was in a really tremendous book.

But the deeper I got in to the book, the less enamored I was with it.

Kai and Oliver don’t belong together.  Author Kourtney Heintz can tell us how much they love one another, but what she shows us is something completely different.  I believed them in the first chapter, maybe first two, but after that I didn’t think anything they did or said toward one another was realistic.  Any time one of them said something or did something, I wondered if they were being ‘truthful’ in the eyes of the character/creator or if it was all a plot device to lead us on.  It got very tiring and very annoying.

Because their dysfunctional behavior wore on me, I stopped having any sort of emotional attachment to them.  While I was fascinated and empathetic toward Kai in the opening chapters, I later found her petty and childish.  Oliver didn’t come out much better. He was wishy-washy and alternating between dominant and pathetic.

I can’t recall the last time one book had me going through so many different reactions toward the book while reading it, but ultimately, I can’t recommend this and I’m glad I didn’t ask for the second book in the series.

Looking for a good book? The Six Train to Wisconsin by Kourtney Heintz is a paranormal romance mystery that might catch your interest at the beginning, but be warned — it goes off in a strange direction and the characters grow more immature as the story goes.

The Six Train to Wisconsin

series: The Six Train to Wisconsin #1