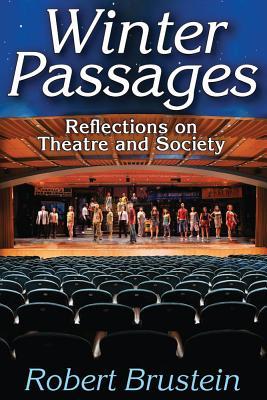 If there is anyone writing today more eloquently and regularly on theatre and theatre artists than Robert Brustein, I would very much like to know who that is.

For those of us who work in the theatre, we can often be consumed by the day-to-day rigors of the work, but works, such as Brustein’s essays, remind us of the power of theatre and the effects it can have on society.  His essays here are really quite smart and easy to read and anyone interested in theatre really should take the time to read them.

The brief little mini-biographies are perhaps just a tad too brief, especially for those of us already familiar with most of the names here.  However, I think that this book is targeted mainly toward the new-comer to the theatre arts.  To the students who dream and have aspirations of changing the world.  This is an intelligent starter for the student.

The mini-biographies include early playwrights such as Aeschylus, Aristophanes, and Sophocles, but also more modern playwrights such as Sam Shepard, Christopher Durang, and Tony Kushner, with quite a few others (including a few that might be new names to many, such as Theresa Rebeck and Lorraine Hansberry [names which may not be new but many probably don’t know much about them]).

Not only could this book easily become a popular text-book for university theatre courses, it should become such a text-book.

This was a really great read and I’m disappointed only that it took me so long to get to it.

Looking for a good book? Winter Passages, by Robert Brustein, is a really great book for those interested in learning more about theatre or as a reminder of the power of theatre to those who have lost sight of why they work in the theatre.

I received a digital copy of this book from the publisher, though Edelweiss, in exchange for an honest review.