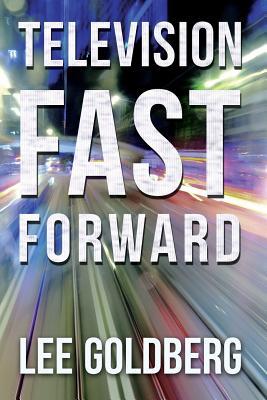 Although I love to read, and I read a lot, I grew up a child of the television age.  As one of those first generation ‘latch-key’ kid, the television was my nanny.  And when I moved to Hollywood, it was television that I had hoped to break in to.  I am also one of those individuals who has a number of somewhat obscure television references books (and have had for probably thirty years now).  And so, this is precisely the sort of book that I really, really like.

Television Fast Forward is a reference book about the “Sequels and Remakes of Cancelled Series” from 1955 to 1992.

We all know, and probably comment on the fact that Hollywood doesn’t ever come up with anything new, but instead just resurrects old shows..  But do you have any idea just how many old series’ really are brought back to life on the screen?  This is the book to fill you in.  I’m fairly savvy about television, even if it’s a show I’ve never watched myself, I often know about it and all its incarnations (thank you obscure reference books!).  But even so, I picked up on a few things that were new to me here. (For instance [just one of many], I never knew that there was an un-aired pilot made from The Greatest American Hero, called The Greatest American Heroine.)

Because I am a little strange and will even read a reference book cover to cover, I also picked up on some small tidbits.  For instance…I never knew that Warren Zevon did music for a television show (a 1993 remake of Route 66) or that Sandra Bullock appeared in a 1989 movie called The Bionic Showdown – a sequel to The Six Million Dollar Man and The Bionic Woman (one of four sequels).

There are a couple of things that I didn’t like about this book.

1) This book was originally released in 1992 and all the sequel/remake information only is complete to that point.  At the end of the book there is an appendix of “Television Series Revivals 1992-2015” which lists the television shows, but doesn’t give any of the fantastic background information that Goldberg provides for the older shows.  There is also an appendix “Television Series Remakes 1992-2015” which is the same – just a list with no background.  Although the Star Trek section does include the J.J. Abrams first ‘reboot’ movie

2) I recognize that what I have is an Advanced Reader Copy, but the number of spelling, typography, and simple proof-reading errors was disappointing.  One would hope that if this was published in 1992, any errors from that publication would have been corrected and that there should not be new errors in the old copy.  But we have, about Star Trek, the sentence that it was “just about arty story could be told” (sic) and its creator was Gene Rodden berry (sic).

But still, this is precisely the sort of book that I want on my bookshelf (not on my kindle) so that I can refer to it periodically.  If you are a fan of television, you’ll want this, too!

Looking for a good book?  Television Fast Forward is a fantastic reference book on the subject of sequels and remakes of television shows.