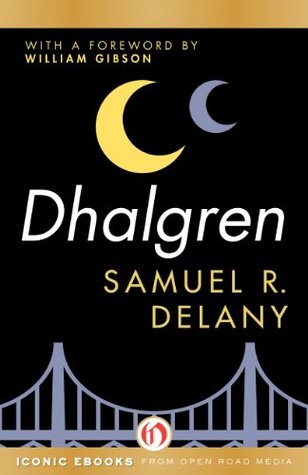 I first ‘read’ this book sometime around 1977-1979.  I’m pretty sure I did not finish it at the time.  Open Road Media has reissued this classic sci-fi book and I decided that I should give the book another chance.  I’ve matured, and my reading habits have matured as well.  The book is considered a classic in the science fiction genre, and someone thought it was good enough to release the title again.

I did finish it this time.  But that may be all I can say about it.

There is a lot here (that may be the understatement of the year for this blog, given the book’s 836 pages) that explains why it is a classic … there is an interesting narrative that loops around and the dystopian future is an interesting commentary on the 1960’s lifestyle.  The protagonist is a young man who is known as ‘Kid’ because he has a bad memory and doesn’t know who he is.  There doesn’t seem to be much to do in this future, where it appears that everyone wanders around, a bit lost , but Kid is lost more than most because he doesn’t know who he is.  His goal, throughout, is to ‘find himself.’  To do so, he has lots and lots of sex with both genders.

This is the sort of book that you can imagine that ‘progressive’ English teacher in college really digging.  You know the type … the one who shows you all the literary allusions and the mythological references within the book, and gets really excited to show you how the truck driver is ‘Charon’ transporting the nameless soul to the other side.  And you either sit and nod and get caught up in his excitement or find it all literary bullshit.  We already have ‘Charon’ in literature.  Why do we need an allusionary one?

I understood what was happening this time around, but I still found it incredibly dull, and now very dated.  Eight-hundred pages of mythological allusion and a character trying to find himself, often through sexual experiences, is not something I need to read anymore.  And the lack of anything happening, other than this existential sense of finding one’s self, or rampant homo-and-heterosexual sex, was just dull.

In his Foreward, William Gibson writes:

Dhalgren is not there to be finally understood.

(It’s good to know I’m not the only one who doesn’t understand this book!)

I believe its “riddle” was never meant to be “solved.” I do not believe that this has to do with any failure of coherence on the part of either the author of the text.  I find both to be exceptionally coherent.  Author and text are determinedly self-aware, in ways that less exploratory authors and their tales never are.  Dhalgren is quite literally an experimental novel, an exploration of the cultural envelope of fiction.

There is a transgressive element at work here, a deliberate refusal to deliver certain “rewards” the reader may consider to be a reader’s right.

There are quotes here that are perhaps a bit apocryphal in regards to the work itself.

Now I know people around here is different from me; but that means I’m different from them, too. Only I guess if you’re too different, nobody wants anything to do with you.

This definitely seems to relate to the work … so different from other works, both in the genre and in literature in general.  So different that perhaps some of us don’t want anything to do with it.  And:

I suppose one valid purpose of poets is to bring blasphemy to the steps of the altar.

Yes.  This book does bring blasphemy to the steps of the sci-fi altar.  And of course a lot of sci-fi readers love to be blasphemous and will really enjoy this sort of work.  I guess I feel I’ve moved beyond these reactions.

I am glad I revisited this classic, but more glad that I shouldn’t ever have to read it again.

Looking for a good book?  This sci-fi classic, Dhalgren, by Samuel R. Delany, is an extensive mythological allusion that rambles and goes nowhere, but fans of existential literature may find it deeply introspective.