Posted by Daniel on August 31, 2015
Posted in: Uncategorized. Leave a comment 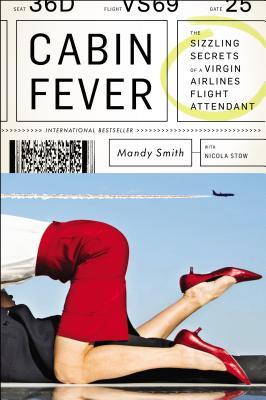 Although this is ostensibly about Smith’s experience as a hostess with Virgin Airlines (a misnomer if ever there was one), it is really more of an expose on the hedonistic lifestyle of this particular young woman.  She flies from one sexcapade  to another, partying with the crew while flirting with the wealthy first class passengers.  Everyone in the airline business (or at least those who work for Virgin) know the best routes to be assigned to based on where the best partying can be found.

When we’re not learning about Mandy’s sexploits around the globe, we’re getting a little information about what sex with her boyfriends was like … who was good in bed, and who wasn’t, and why she didn’t stay in the relationships.

Oh…and there’s also a little bit about being an airline hostess in the book, too.  Here we learn that Mandy is pretty much a star and the best at caring for the passengers.  Some of the other hostesses are good, too, but some aren’t.

And then 9/11 happened.  Mandy was in Florida.  She got stuck there in a hotel because of the grounding of all the flights and it wasn’t much fun because there were also a convention of young kids there which was annoying to her.

Is this sounding like fun, yet? I’m over-simplifying things, of course, but the fact is that most of this book is about the Dionysian parties that the airline crew attends pretty regularly, with a little bit of her personal life thrown in.  The most interesting aspect of the book was likely the early chapters when she’s still in training — though her rocky relationship with her abusive boyfriend at the time does play a role.

When Mandy decides, later on in the book, that she’d like to settle down, she does what any girl would do … she looks for the rich men.  They lavish gifts on her, sometimes the sex is good.  And to prove to the reader that she isn’t really shallow, she does explain that she didn’t stay with these men just because they were rich.  In fact, one ‘used’ her for a wild night of pleasure and then ignored her, and another she had to let down because the age difference was just too much for her (and he wasn’t very good in bed).

I’m pretty certain that we’re supposed to feel badly for Mandy, that she couldn’t find true love for so long, and that none of the millionaires and billionaires she slept with were worthy of marrying  But you don’t feel sorry for a man who’s hungry for steak when he’s just eaten all the pork in the restaurant, and you don’t feel sorry for the Virgin (ha!) employee who’s slept with the richest men around the globe when none of them turn out to be the marrying sort.

Though I’ve never read Fifty Shades of Gray, I suspect that this is the sort of memoir you might enjoy if you enjoyed any of the Fifty Shades books.

Looking for a good book?  If you enjoy erotica/romance books, you might enjoy this memoir, Cabin Fever.