Posted by Daniel on May 20, 2014
Posted in: CHILDREN'S, Uncategorized, YA. Tagged: Book Reviews, Books, Reviews, Young Adult. Leave a comment 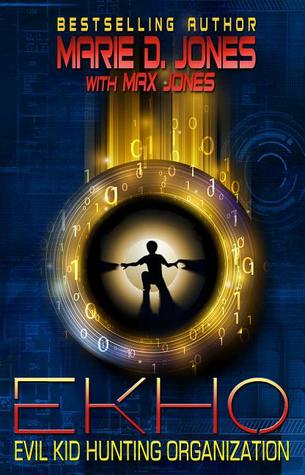 Bullying in schools is a hot-button topic these days so it is not surprising that we will see a number of books targeting the bullying topic.  EKHO: Evil Kid Hunting Organization, is one of the latest, using a spy genre style to entice the younger readers.

The story is relatively simple…a group of fourth graders, at the start of the school year think that perhaps they’ll have an easier time as most of the bullies have moved on to the middle school.  Unfortunately, there are still two bullies in the school who do a masterful job of picking on the nerds and geeks and smaller kids in school.  Elvis is a smart young man, and with his close friends, Levi, Jackson, and Jordy, they form EKHO … Evil Kid Hunting Organization … a group dedicated to protecting the picked-upon and to find ways to stop the bullying.  They throw themselves completely into this organization, setting up a website, issuing missions, and declaring levels of membership.  It doesn’t take long for most of the school to want to become members.  A new girl moves in to the school but allies herself with the bullies; a new teacher in the school is acting strange; the bullies fight back by hacking EKHO’s website and planning a major event.  EKHO needs to infiltrate the bullies and their only hope is a girl whom Elvis has a crush on.  Will she betray Elvis and EKHO?

We adults tell our children to stand up to bullying, but we forget what it’s like to look at someone who is bigger, stronger, and angry, because as adults that doesn’t happen to us too often.  To our children, it tends to happen every day.  EKHO works on the premise that there is strength in numbers, or at least that there is moral support behind the individual who stands up to the bullying.  Our hero Elvis comes across as a young man who most likely would have stood up against the bullies even without the support of his friends and his club, which makes him the perfect leader for the group.

I don’t know any youngster who doesn’t imagine themself as a spy at some time, and for this reason, the idea that these elementary students become spies, complete with secret missions, in order to put a stop to bullying, or at least stand up for one another, is a sure-fire winner.  What fifth grader wouldn’t want to be a member of an EKHO-like organization?  The fact that this story is based on true events (thanks, Max!) is certainly something to be proud of and to hopefully emulate.

My ARC of this book was an early edition which included a fair amount of cursing or language that seemed ill-suited for the reading level.  For any of us with children in school, we know that the language isn’t un-realistic, but as so much of the book promotes behavior that is something to live up to or emulate, the foul language was a deterrent.  I’ve contacted the publisher (and the author) and was told that the publisher had concerns about the language as well and that it has been removed in the final published version.  I did follow-up with a specific list of questionable words (not everything I objected to is a ‘curse’ word) but the list specifically was not addressed.  It is possible that words such as ‘douche’ and ‘dick’ are still there as adjectives to describe other characters, though I hope, for the sake of book sales, that other terms have been found.

The story has a positive slant, addresses important issues to our youth, and promotes creativity and the concern of helping others.  How can you not like or appreciate any of that?

Looking for a good book?  EHKO is a wonderful book for middle grade readers looking for support and to be empowered to do something about school bullying.