Ember loves to read and write poetry in her spare time. But Ember doesn’t have a lot of spare time because she’s busy killing monsters most of the time.  Ember is a Big Girl.  No, seriously.  Like 300 feet tall Big.

Science has found a way to feed the world by producing tremendously large fruits and vegetables.  But there appears to be a side-affect.  it also, occasionally produces ridiculously large people. If there’s any rhyme or reason as to who becomes large and who doesn’t, that isn’t clear. But what is made clear is that males who grow big become vile, stupid monsters whereas women simply grow proportionally larger.

Ember’s job is to protect her city from the monsters. Someone 300 feet tall can easily destroy entire buildings with a single step and those once-male-now-freakish-beasts seem intent on doing just that. But when Ember is forced to kill an over-sized male infant so that it doesn’t become a monster, she has to rethink her job and those puny humans ordering her around.

But growing tall and/or monstrous isn’t the final step in this evolutionary change and Ember will be at the heart of what comes next.

This graphic novel, written and illustrated by Jason Howard, really kind of took me by surprise.  I’m not familiar with Howard (I see that six years ago I reviewed a book he illustrated) but I requested the ARC of this book because I was in the mood for something edgy in the graphic novel world, and this looked like it might fit.  It did.

I really appreciated the human nature of the story. There’s clearly a major scifi aspect here and on a quick glance this looks like an ad for the 1958 cult classic Attack of the 50 Foot Woman film. 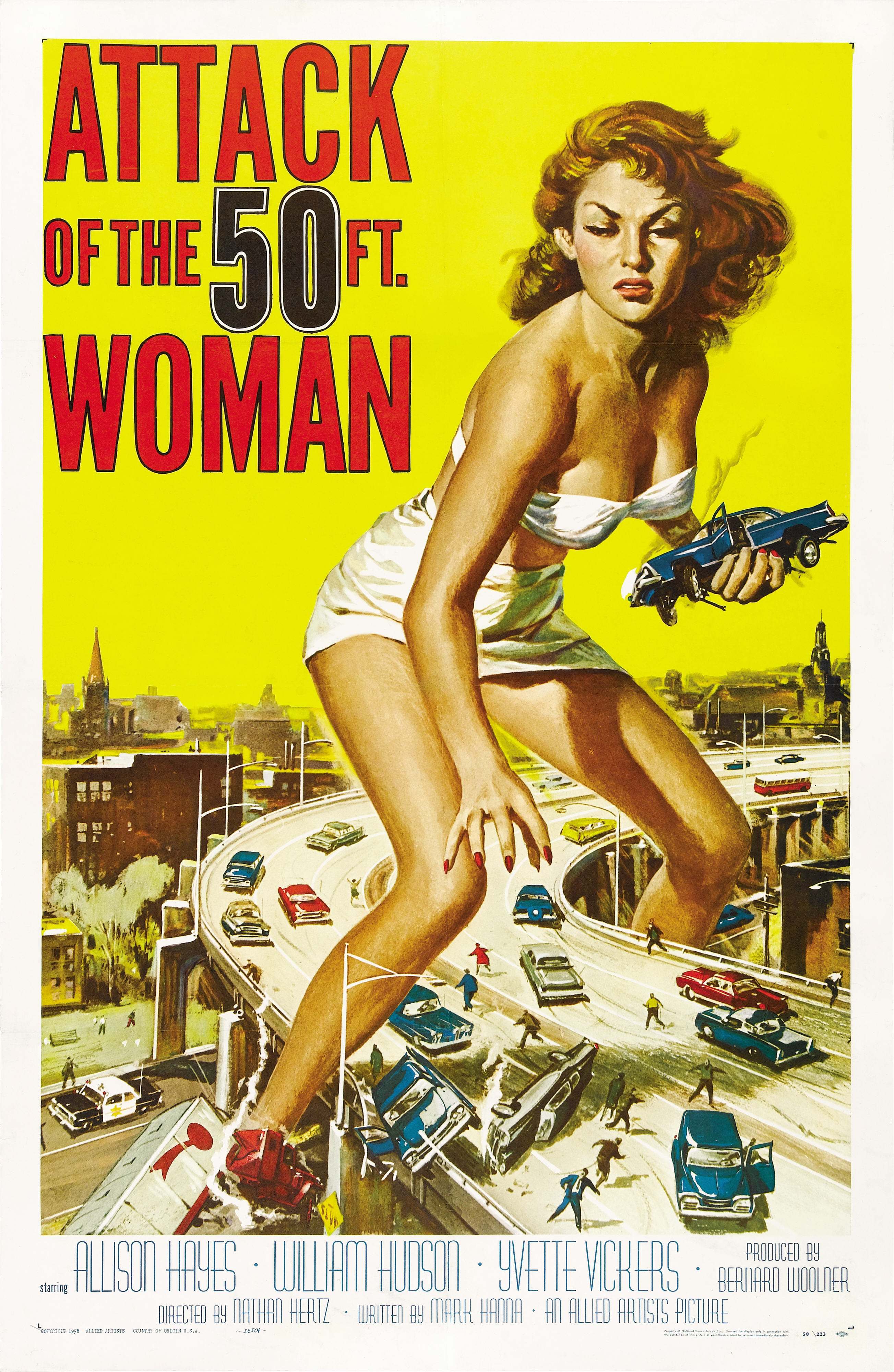 But Ember’s humanity versus not only the monsters she fights off, but the non-giant humans she comes to realize are just as monstrous, is what makes this novel really sing. Even the other Big Girls in the book recognize that Ember is that face of humanity here, despite her seeming a little more innocent (though how can you be innocent when you murder toddlers?)

There’s plenty of shoot-’em up action to satisfy a lot of readers, and Howard’s art is dark and stylish and fits the story nicely. This graphic novel combines the first six issues of the comic series and I can’t wait to see what happens next, though I’m honestly a bit worried because this was quite well done and taking it to the next level could undermine what’s here.

Looking for a good book? Big Girls, Vol. 1 is a graphic novel by Jason Howard that works so well because it is more than just a sci-fi action story, but a story with real heart.